You are booking for : Bonds of Sufism

Nizamuddin Dargah is the mausoleum of Hazrat Nizamuddin Auliya who is counted among the world’s most renowned Sufi saints. It is among the popular attractions of Delhi and is therefore visited by hundreds of people daily. The walk takes you through the narrow markets surrounding the dargah with beautiful lights and decorations around. Devotees tie up red threads to the lattice screens of the tomb with a belief that their wishes would be granted. Inside the tomb, the shrine is covered with scented dark green cloth and prayers are offered, rose petals and incense sticks are light before the shrine. One of the best and most mesmerizing experiences is the Qawwaali which takes place every Thursday. Nizamuddin’s famous disciple and poet Amir Khusro is also nearby. The shrine compound has tombs and graves of several other famous personalities. 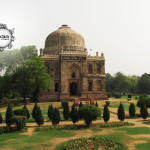