The Dargāh of Nizamuddin Auliya is situated amidst Nizamuddin bastī. Apart from a large number of tombs belonging to royal dignitaries and nobles, there were several medieval structures erected around the precincts of this holy shrine. Explore this sacred space with ‘Delhi Walks’, a flagship brand of India City Walks that strives to provide unique, memorable and unparalleled city experiences. Pick and choose from a wide range of offbeat itineraries that’ll help you connect with the plural, multicultural fabric of the city. 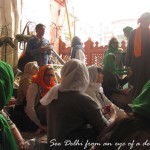 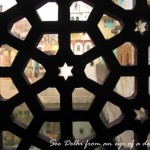 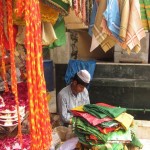 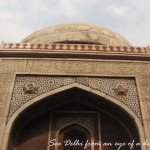 The tomb of Nizamuddin consists of a square chamber surrounded by verandahs, which are pierced by arched openings, while its roof is surmounted by a dome. As ‘Delhi Walks’ will tell you, the areas in the near vicinity of a saint’s tomb are usually considered sacred. As a result, a large number of notable historical figures including royalty lie buried here. One such man is Amir Khusrau alas Abul Hasan, the chief disciple of Sheikh Nizamuddin, who enjoyed the patronage of several rulers and was a celebrated saint and poet. Bearing inscriptions of several dates, his tomb is dressed in marble and lies towards the south, probably erected in 1605-06 during the reign of Jahangir. It is at this location that ‘Delhi Walks’ holds intriguing storytelling sessions on the life and times of Khusrau who was also known as the ‘parrot of India’ and his relationship with Nizamuddin Auliya.

Jahanara Begum, the elder daughter of emperor Shahjahan also lies buried in this pious place. ‘Delhi Walks’ shall walk you through the grave of this beautiful and humble Mughal princess, an unroofed enclosure of perforated. Jahanara’s open-air tomb chamber is unique in that it is the only one in the Dargāh to have the graves of three women- she is buried alongside Jamalunnisa, a Mughal princes and the latter’s daughter.  As per her own wishes, her tomb has no roof and ‘Delhi Walks’ shall show you the marble slab where this wish is inscribed in Persian. Jahanara’s good fortune in getting a burial place in these hallowed grounds is explained partially by the privilege of her birth. Members of the Mughal royalty were almost always buried close to Sufi shrines. 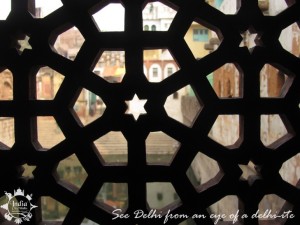 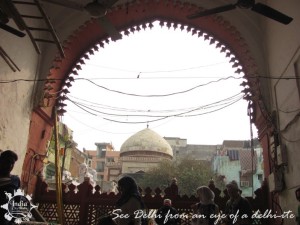 The tomb of Nizamuddin lies in the heart of Nizamuddin Basti, a medieval residential settlement that is dotted with a number of heritage structures. One such structure is the Tomb of Atgah Khan, an influential minister in the court of Mughal Emperor Akbar. When he was killed by Akbar’s foster-brother Adham Khan, his son Mirza Aziz Kokaltash built a small tomb in this region and it was completed in 1566-67. A ‘Delhi Walks’ tour covers the grave details of this violent episode that took place at the Hall of Public Audience in Agra Fort. Not very far from his father’s tomb, Mirza Aziz Kokaltash also built his own mausoleum. Known as the Chausath Khamba or hall of sixty-four pillars is a marbled structure that shows signs of ultimate craftsmanship. Though not built on the orders of an emperor, Chausath Khamba is innovative in the highest degree of architectural pattern.

Wondering about the context in which the words “Delhi is still far away” were uttered by Nizamuddin Auliya? Join India City Walks to know more about the anecdote associated with these words, as well as the personality of the man who uttered them, who also happens to be one of Delhi’s most popular and revered Sufi saints, till date. Walk with us for a memorable and enriching city experience, one that allows you to explore the quirky cultural fabric of Delhi.

We curate thematic walking tours and develop unique experiential itineraries that enable travelers to explore the quirky, multicultural fabric of Delhi. We aim to make your city experience memorable and holistic.

We strive to exceed your expectations and make our walks even better every time and try our best to make your visit the most memorable one. Delhi is a pulsating modern city with 5,000 years of history that has witnessed the rise and fall of many empires.