A masterpiece by a master architect

The ‘eighth’ and final city of Delhi was built by the British to leave a permanent imprint on the city of Delhi. On 12 December, 1911, when King George V announced that the center of government would shift from Calcutta, long-time capital of British rule in India to Delhi a site was chosen to the south-west of Shahjahānābād, and architects Edwin Luytens and Herbert Baker drew up plans for a magnificent city that took twenty years to be built. Explore the imperial legacy of New Delhi with ‘Delhi Walks’, a flagship brand of India City Walks that strives to provide unique, memorable and unparalleled city experiences. Pick and choose from a wide range of offbeat itineraries that’ll help you connect with the plural, multicultural fabric of the city. 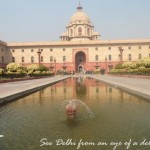 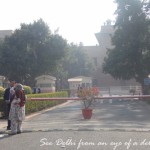 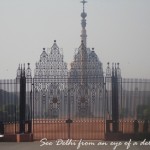 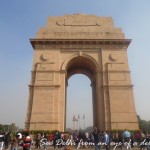 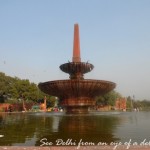 The impeccable layout of the Imperial complex as planned by Edwin Lutyens consisted of the Viceregal Lodge, the North and South Blocks of the Secretariat, and a Council Chamber which now houses India’s Parliament. To the north and west of the central area which linked this complex with the Memorial Arch, were the residential areas, developed for Government staff. The shopping centre of Connaught Place was also built to the north of this access.

A New Delhi Tour with ‘Delhi Walks’ begins at India Gate or All India War Memorial on the Rājpath (king’s way), which was built to commemorate the undivided British Indian Army who died in the World War I (1914-21). It was also designed by Sir Edwin Lutyens. A stone’s throw away from India Gate lays the jewel in the crown of New Delhi. The Rashtrapati Bhavan or President House built in 1919 to 1925 is located towards the western end of Rājpath. Under Lutyens, it was designed as the British Viceroy’s residence.  ‘Delhi Walks’ shall point out various makers of syncretic architecture that are prominent on the spectacular red and buff sandstone facade of this heritage building. With 340 well decorated rooms, a durbar hall, Ashoka hall, State dining room and large number of guest suites and the private apartments, the President’s Estate truly is the magnum opus of Lutyens’ New Delhi saga. 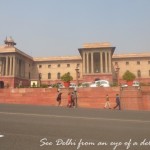 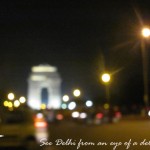 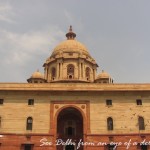 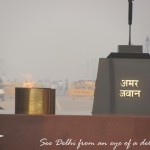 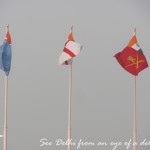 ‘Delhi Walks’ shall walk you to the next structure which is located at a distance of 400 meters from Rashtrapati Bhawan. The four-storeyed Secretariathouses important ministries of Government of India and is divided into two blocks- North and South. It was designed by Herbert Baker to accommodate 4,000 rooms. The premises included formal gardens with water fountains, pillars and porticos with vaulted ceilings. Classical in style, each block is crowned by an imposing central baroque dome.

Rājpath or Kingsway, a 3.2 km long avenue runs from Rashtrapati Bhavan through Vijay Chowk and India Gate to National Stadium, New Delhi is the site of the Republic Day Parade, one of India’s most prominent displays of power and unity (in diversity), held each year on 26th January, commemorating the date on which the Constitution of India came into effect. It is lined on both sides by huge lawns, canals and rows of trees.

A ‘Delhi Walks’ tour will help you connect with the architectural vision of Edwin Lutyens and understand the city of New Delhi like never before, which was known for its broad tree-lined streets, diagonal avenues and green roundabouts where the streets and avenues meet.

Join us to gain an insight into the architectural vision of this city’s gifted chief architect and perfectionist, Edwin Lutyens. India City Walks is renowned for its offbeat experiential itineraries that are personally developed and regularly updated. We ensure that every walking experience is an enthralling and memorable adventure.

We curate thematic walking tours and develop unique experiential itineraries that enable travelers to explore the quirky, multicultural fabric of Delhi. We aim to make your city experience memorable and holistic.

We strive to exceed your expectations and make our walks even better every time and try our best to make your visit the most memorable one. Delhi is a pulsating modern city with 5,000 years of history that has witnessed the rise and fall of many empires.