It was built with mud and renamed in 1805 when Maharaja Ranjit Singh captured it along with five big cannons, including the “Zamzama,” famously known as Bhangian di Top and later as Kim’s Gun. Ranjit Singh strengthened the fort and renamed it “Gobind Garh” after the name of Guru Gobind Singh tenth Guru of Sikhs.

The fort housed a treasury, armory and various other items of importance to the Maharajah. It kept the Sarkar Khalsa’s treasury, including 3000 bags of provisions (food) and 12000 soldiers to guard it.

Sardar Shamir Singh was the first governor of the fort. His successor was faqir Fakir Azizuddin, under whose guidance the Fort was upgraded. After the rule of Ranjit Singh, control of the fort passed to the British empire, which installed an office of the Criminal Investigation Department. After the independence of India, the Indian army established a base in the fort. 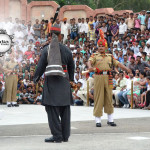 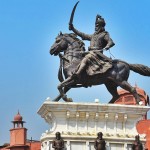 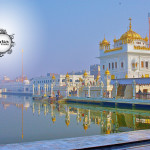